Hong Kong is a place with multiple personalities due to being both Cantonese Chinese and having been under British colonization. Hong Kong meaning Fragrant Harbor in Cantonese is a Special Administrative Region (SAR) of the People’s Republic of China. Today, the former British colony is a leading tourism destination for China’s increasingly affluent mainland population. It is an important hub in East Asia with global connections to many of the world’s cities. It is a unique destination that has absorbed people and cultural influences from places as diverse as Vietnam and Vancouver and proudly proclaims itself to be Asia’s World City.

Hong Kong has a sub-tropical climate but is cooled in winter by sea breezes. Summer (June to September) is long, humid and hot with temperatures often exceeding 32°C (90°F) and with nighttime temperatures that do not drop below 25°C (77°F). Typhoons usually occur between June and September and can bring a halt to local business activities for a day or less (see natural disaster section).

Winters are generally very mild, with daytime temperatures of 18-22°C (64–72°F) but with nights dipping into ten °C (50°F) and below sometimes, especially in the countryside. Christmas in Hong Kong is considered warm compared with many other Northern Hemisphere countries. Chinese New Year is notorious for cold (10°C/50°F), wet weather; this is because winter in Hong Kong tends to start mild and dry and then turn a bit cool and wet later, though the cool weather is brief.

Spring (March-May) and autumn (September-November/December) have an average temperature between 21-24°C (70-5°F). Autumn is probably a more comfortable season as spring tends to be more humid and rainy.

The best time to visit Hong Kong for great weather is autumn (September to mid-December). You’ll have the pleasure of getting the best weather conditions. Humidity is at its lowest during these months. Temperatures are still warm from the summer, around 21°C in the evening and 27°C during the day.

PLEASE FILL UP THE FORM OUR EXPERT WILL CALL YOU 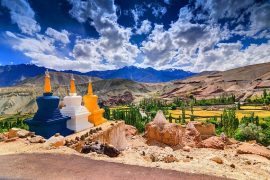 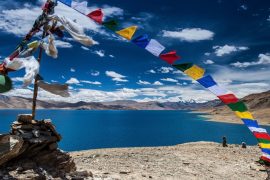 Please fill up the simple form – our specialist will call you and provide you the best travel solutions.